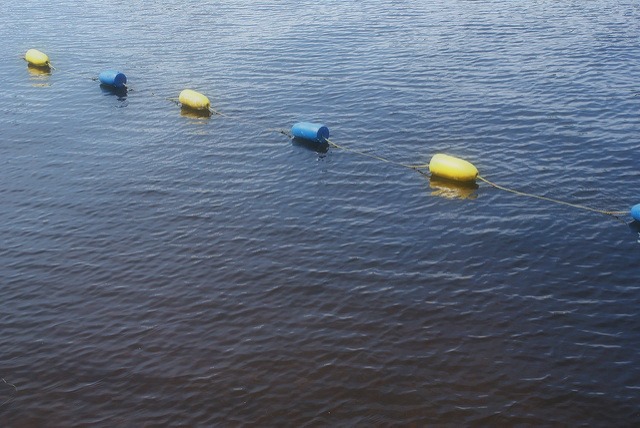 I tick with alarm clock worry.

My sister is afraid of nothing.

Not the dark or death or

Jay Preslan down the street

who pushes kids in front of cars.

Look at her run into the water

while I stand squinting.

She doesn’t pinch her nose

to dive under. Doesn’t pause

to stay away from the ropes.

Lake Erie grabs at the shore,

slurps it greedily in foaming waves.

lurking under the pier,

ships skudded in the depths,

I inhale the curved scent

of suntan lotion, clench my toes

in the sand, stand still. Far out,

my sister is another being entirely,

straining at the boundary ropes

trying to see all the way to Canada.