Carly Fleischmann was unable to communicate. Diagnosed with autism and related disorders by the age of two, she screamed, threw herself to the floor, smeared feces, moved constantly, and barely slept at night. An attentive family plus hours of daily therapy helped teach her rudiments like walking and feeding herself. Experts advised her parents to consider residential care.

But one day during a therapy session, Carly reached for the computer. Slowly, using one finger, she typed

Her therapists were astonished. It took months and much coaxing to get her to use the computer again (at that time, an augmentative communication device). But she began to recognize that communication was essential. Technology made it possible.

What emerged from her arduous single strokes on the keypad showed a girl who wasn’t mentally retarded, as her doctors suspected, but someone spirited, insightful, and intelligent. She wrote about wanting to have fun with normal kids. She asked to do things she’d always wanted to try. And she tried to convey what it was like to live in an autistic body. She explained that behaviors (like banging her head on the floor and bleating loudly) erupted from her like liquid would burst from a can of Coke when it had been shaken and opened. She said those behaviors helped block the sensory input of sight and sound that constantly overwhelmed her.

A few years ago, a segment about Carly’s new-found communication aired on 20/20.

Now Carly uses technology to communicate with a world that’s ever more open to her. She keeps up with a busy Twitter  feed and Facebook fans. She answers questions, promotes autism awareness, and says that she feels part of a larger community by connecting with people through social media.

Technology allows Carly to share what she calls her “inner voice.” Check out Carly’s Cafe, an interactive web video, to experience a coffee shop as she experiences it. And take a look at the memoir she wrote with her father, Carly’s Voice: Breaking Through Autism,

to better understand this bright engaging girl whose world unlocked thanks to a keyboard.

Oh, and don’t think Carly’s drive to move forward has slowed. Now 17 years old, she was recently asked to appear on a panel at The Nantucket Project, a prestigious request for any expert, even more impressive that she would be their youngest ever. Senator John Kerry was also scheduled to give a presentation. She tweeted him in advance, challenging him to take a seat on the panel so she could ask him questions. Her challenge was retweeted thousands of times by her followers and Sen. Kerry did indeed do as she asked. Her first question to him was, “What have you done in the Senate to help autism and do you think it’s enough?” Watch the video here.
We may not know what sparks autism, from inflammatory responses in a pregnant mother’s body to systemic changes in the body to another step in emerging neurodiversity. We do know that Carly and many more like her are with us, speaking in voices we’re meant to hear. 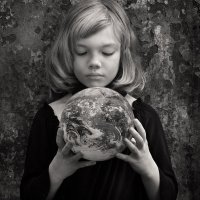