My daughter started preschool a month before she turned three. She was too young. The facility was wonderful, the teachers kind, the activities entirely age-appropriate but she resisted the structure. It didn’t make sense to her that she was asked to learn color words she already knew. Or that she had to perform with her classmates at the annual holiday show after she’d already practiced the song and movement pieces well beyond her boredom tolerance. She did what she was told but she wasn’t happy.

I know why I was eager for her to start. Pregnant with her brother, I felt nauseated all the time and hoped preschool would feed her active mind. Or perhaps because she had been chronically ill nearly all of her first three years. Now she was finally better and I suspect, unconsciously, I signed her up to assure myself she was as healthy as any other little girl.

When I talked with her teachers about my child’s frustrations they emphasized how important it was to follow rules, even if she didn’t see the logic herself, because it prepared her to conform to many more rules in “real” school. That didn’t make sense to me either and we finally pulled her out of preschool.

Once she was a preschool dropout we went back to our ordinary, richly educational lives of chores and play. We played outside, hiked in the woods, made up songs, went to the library, visited friends and family, took trips to museums, snuggled, and read. She filled her free time with make-believe play as well as hours of drawing while listening to story tapes. If I had to do it over again, I’d have skipped preschool entirely. I’m not against the concept, just troubled by how much emphasis is placed on adult-led educational structure.

Take a look at promotional material for preschools in your area. Chances are they tout early math, pre-reading, and other academics. This approach sells.  Most people I know sign their children up at the age of two or three to attend specialized enrichment programs that claim to boost abilities in science, art, sports, music, or language. In addition, nearly everyone I know is sure their children benefit from a few hours each day using electronics that “teach.” 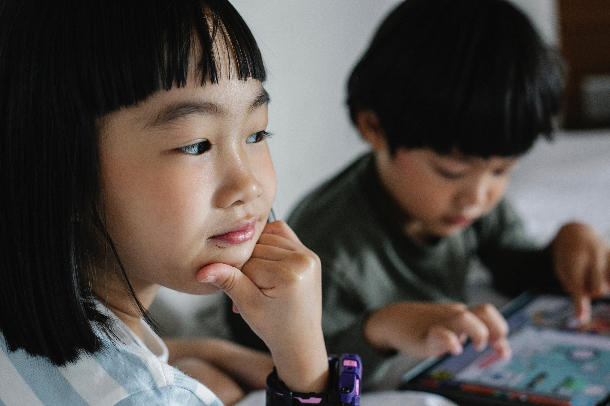 Well-intentioned parents operate on a mindset that’s hard to dismiss in today’s society. They are convinced that learning flows from instruction. Logically then, early instruction will help maximize their child’s potential. But learning in young children (and perhaps at all ages) has much more to do with curiosity, exploration, and body-based activities. It has very little to do with structured activities, which may actually impair a child’s ability to set and reach goals independently.

Studies with four-year-olds show that, “Direct instruction really can limit young children’s learning.” Direct instruction also limits a child’s creativity, problem solving, and openness to ideas beyond the situation at hand. This is true when the instruction comes from parents as well as teachers.

As Wendy S. Grolnick explains in The Psychology of Parental Control: How Well-meant Parenting Backfires

, research shows that rewards, praise, and evaluative comments actually undermine motivation and stifle learning in preschoolers as well as school-aged children. This is true when those actions come from parents or teachers.

Highly instructional preschool programs have been studied for years. Although they’re more popular than ever, the outcomes don’t hold up under scrutiny.

Researcher Rebecca Marcon evaluated children in preschool and kindergarten programs falling within three categories: play based, academically oriented, and those that combined both approaches. Her study checked up on these students as they progressed through primary school. Students who had been in early academically oriented programs gradually declined, falling behind their peers. Children who’d been in a combined approach program also showed achievement gaps. Who benefited the most? Children who’d been in play-based programs. Their academic success was greater than those in the other two types of programs and continued to gain. Marcon concluded,

Children’s later school success appears to be enhanced by more active, child-initiated learning experiences. Their long-term progress may be slowed by overly academic preschool experiences that introduce formalized learning experiences too early for most children’s developmental status. Pushing children too soon may actually backfire when children move into the later elementary school grades and are required to think more independently and take on greater responsibility for their own learning process.

Another study confirmed that future success has to do with the kinds of abilities gained  through child-initiated, exploratory play. Compared to children in non-play-based preschool programs, the play-based group of children exhibited greater self-control, working memory, flexible thinking, and relational ability. These traits have more to do with academic success than testable abilities in math and reading, even more than IQ.

And when researchers  in the High/Scope study followed high-risk children who attended different preschool environments they found even more resounding results.  Some children were enrolled in an academic setting, others in a child-initiated play setting, and a third group in a preschool that balanced both approaches. By the middle grades, children from the play-oriented preschool were receiving the highest grades. They also showed the most social and emotional maturity.  Those who had attended the academic preschool lagged behind in a significant way— poorer social skills. The differences became more apparent as these children got older. By age fifteen, students from the academic preschool program showed twice as much delinquent activity as the other two groups. And in adulthood, former students of the play preschool and balanced preschool showed higher levels of success across a whole spectrum of variables. The academic group did not attain the same level of education as the play group and required more years of treatment for emotional impairment. They also faced more felony arrests than the other two groups.

And now a resounding new study (2022) is out. It followed children across Tennessee who had attended high quality pre-K programs staffed by teachers with bachelor’s degrees as well as early childhood certification, using the best available curriculum. These children were matched with those who did not attend such a program. The academic group initially performed better than the control group at kindergarten age, but by third grade they fell behind the control group in school. They were also more likely to be disciplined and to have a diagnosed learning disorder. By sixth grade the academic group was even more likely to have a diagnosed learning disorder and were also much more likely to have exhibited violent behavior at school.

Today’s test heavy schools are burdening five-year-olds with a heavy load of academics. In 1998, 31 percent of kindergarten teachers studied believed students should learn to read in kindergarten. By 2010 that number had jumped to 80 percent. Play time, the arts, and recess had decreased in favor of worksheet and computer instruction. The study‘s co-author Daphna Bassok said, “We were surprised to see just how drastic the changes have been over a short period of time/ We expected to see changes on some of these dimensions but not nearly so systematically and not nearly of this magnitude.“

We know that free play, now so limited in the lives of most children, is actually essential for learning and character development. We also know that children learn more effectively when they’re the ones in charge of self-regulating. And we know loose parts play is far more valuable for a child’s development than adult structured activities.

My daughter mostly remembers the toy dinosaurs from preschool. I hope that pushing academics on toddlers itself becomes extinct.

Free To Learn by Peter Gray

“Reading Instruction in Kindergarten: Little to Gain, Much to Lose” summary of research by Alliance for Childhood

Play: How it Shapes the Brain, Opens the Imagination, and Invigorates the Soul

by  Stuart Brown and Christopher Vaughan

Einstein Never Used Flashcards: How Our Children Really Learn–and Why They Need to Play More and Memorize Less

The Power of Play: Learning What Comes Naturally

52 thoughts on “Educating Too Early”