I have boxes of old albums in my closet. The cardboard jackets are faded and the records inside may not be playable. I have no way of checking since we haven’t owned a record player for decades.

These relics were once vital to me, but even as a teenager, back when I felt as if I lived within the notes and lyrics of my favorite songs, I didn’t assume that recordings fully expressed an artist’s music. A record was just that, a “record” of what was played at the time the audio equipment was on and how those tracks were edited.

A record can’t capture the process of composing or the life of the musician. It can’t truly sum up the sounds that formed the musician’s work — from lullabies heard in infancy all the way to the hiss of air brakes on a touring bus. A recording is only a glimpse into something larger, deeper, and essentially inexpressible.

Which brings to mind a term that handcuffs students to a superficial and stunningly inadequate account of who they are. Their “permanent record.”

A permanent record is too often a weapon used to cajole and threaten. It teaches kids that their best impulses —- to explore, to find worth, to help others —- are instruments of utility. Although the love of learning and the desire for mastery are higher callings, it reduces them to a way of proving one’s ranking.

We strand young people on a narrow path while the wider world beckons in a million ways. Years of “pay attention” and “eyes on your paper” can dampen, even extinguish the unmeasurable and unique gifts each child brings to life.

Night after night of homework, grade after grade, test score after test score  — there’s barely room for what’s not assigned to fit in a student’s life.

Ask today’s students. They’ll tell you there’s no authentic part of themselves in their permanent records other than a summary of the ways they bent (or failed to bend) themselves into shapes expected of them.

I wonder what music is inside that we haven’t let them play? 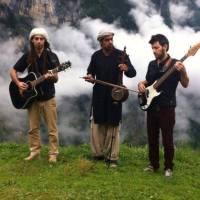