There’s actually a bit of relief in rejection. It usually comes after waiting months, when likelihood of acceptance already seems nil, and I can say to myself, Okay, I no longer have to pin my hopes in this direction. This frees a little unpopped kernel of aspiration to go back on another burner. (Because you must always, always try again.)

Sometimes, however, it takes much longer than a publication claims is necessary for them to review queries or submissions.  When there’s no response I assume their editors are working long hours for low pay and preoccupied by other pressing matters. (At least that’s what being an editor is like for me.)  But over a year? That’s ghosting. So I ask for a rejection letter. At this stage there’s not much to lose. I simply want to know. And maybe have some fun asking.

Here’s one such message I sent a while back.

I can take rejection, really. But it’s nice to finally get rejected. I sent a creative non-fiction piece titled _____ on _____. I know, I know, I should have given up by now but hope is a feisty creature, not easily strangled by silence.

In case the clarity and understated wit of my piece knocked an editor to the floor, unintentionally hurtling my submission under a desk, I’ve included my cover letter and submission again.  Less dusty this way.

Turns out they were in the process of going out of business and wouldn’t even be publishing  previously accepted pieces. Their website said nary a word about this.

Here’s another such message, sent after a longer wait.

Ahem, Under the Slush Pile, You There!

Enclosed are copies of a cover letter and book proposal sent to you over 16 months ago. I received acknowledgement that you were in receipt of these materials on ________.

I am a busy writer and editor involved in a number of projects and only recently noticed just how long the interval has been. Now I’m concerned. Even at the rate of a single word per day, surely you would have completed reading my one-page book proposal quite some time ago. Something must be amiss.

Should I offer my editing services, as it’s apparent _______ Press is completely bogged down by unread manuscripts?

Should I consider a rescue effort, breaking down the doors blocked by stacks of paper in order to liberate your staff?

Or am I to assume that you are in the business of collecting SASEs while never intending to use them? I’m enclosing yet another in hopes of getting a response. This time, do tell.

They sent me a form rejection.

My absolutely favorite rejection letter was one I got after applying for a job around the time I graduated from college. I had volunteered and interned, doing my best to enter the professional world with relevant experience, and it appeared I met the job requirements. The rejection letter I got back was so short and to-the-point that I still remember it verbatim:

We do not now, nor do we ever anticipate, having a position for which you are qualified.

I wish I’d framed it!

But the best rejection letter I’ve ever seen is one sent to a New Zealand writer nearly 90 years ago. It was shared recently by Letters of Note.

Did this poet give up? No.  The fervent F. C. Meyer went on to publish this volume.

It’s a testament to his ambition that he persisted, since his poetry appears to have been as bad as that rejection letter indicated. His verse was quoted in a Scoop article about candidates for“Poet Nauseate.”

I think – I understand thee well,
Rub my nose now for a spell!

Pluto! come here my dearest little dog,
Don’t get mixed up with every rogue,
And do not run into a fog…

from “My Pet Dog”

If you’re a writer, keep pressing on. The publications rejecting you aren’t where you’re meant to be right now. Let each rejection motivate you to send out three more submissions. To inspire you, here are some authors who kept going despite rejection.

“[Your poems] are quite as remarkable for defects as for beauties and are generally devoid of true poetical qualities.”   Rejection received by Emily Dickinson.

“An irresponsible holiday story that will never sell.” Rejection of Kenneth Grahame’s The Wind In The Willows, which went  on to sell 25 million copies.

“Too different from other juveniles on the market to warrant its selling.”  Rejection letter sent to Theodor Geisel, whose rhyming books went on to sell 300 million copies under the pen name Dr. Seuss.

“We are not interested in science fiction which deals with negative utopias. They do not sell.”  Stephen King ignored this rejection letter and found another publisher for Carrie, which sold 1 million copies the first year.

“Hopelessly bogged down and unreadable.” Rejection letter to Ursula K. Le Guin. That book, The Left Hand of Darkness , went on to become the first of her many award-winning books.

“We suggest you get rid of all that Indian stuff.” Rejection letter advice to Tony Hillerman, about work that later became his series of best-selling Navajo Tribal Police mystery novels.

“Too radical of a departure from traditional juvenile literature.”  Rejection sent to L. Frank Baum. The author persisted,  finally getting a publishing house to take on the book only when the Chicago Grand Opera House manager committed to making The Wonderful Wizard of Oz into a musical stage play to publicize the novel.

“He hasn’t got any future.” Rejection of the first novel by David Cornwell, retired spy from the British Security Service, MI5.  Yet, the author kept submitting. Publication of that novel, The Spy Who Came in From the Cold, under the pen name John le Carré, launched his second career as writer of international best-sellers.

“I haven’t the foggiest idea about what the man is trying to say. Apparently the author intends it to be funny.” One of 21 rejections for Joseph Heller’s Catch-22, which is said to have gotten its title at a “yes” by the 22nd publisher. The book has sold over 10 million copies.

“Stick to teaching.” Louise May Alcott was told by a dismissive publisher, who said she should give up writing. She went on to see Little Women published. It is still in print 150 years later.

“The girl doesn’t, it seems to me, have a special perception or feeling which would lift that book above the ‘curiosity’ level.”   One of the 15 publishers who didn’t think The Diary of Anne Frank had literary merit.

4 thoughts on “Ask For Rejection Letters” 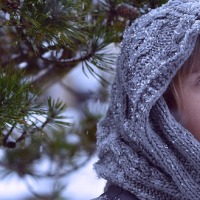